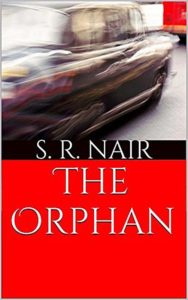 Sid, the Indian son of an American couple knew all along that he was adopted. He loved his surrogate parents but did not quite like their fascination towards his birth nation, India. Brought up as an American, Sid had developed much repugnance towards the stinky, mosquito infested, hot and untidy country, as he liked to think about India. Fate brings him back to India when his parents are run over by a car. On reaching he realises that it was a Bollywood superstar who was driving the car and soon he has to face the omnipotence of the power possessed by the superstar. The one whose parents were victimised in turn becomes the convict. After being saved from the lock-up, Sid realises the greatness of the sacrifice and service undertaken by his parents.

His journey in India starts along with Aishwarya, a journalist who covers the news of his parents’ demise. Through her, Sid tries to track his original parents. A lot of surprises are in store for him, thenceforth. Nair has put forward a very sensitive issue coveted by the Indian media. Apart from the main story, there are a lot of subplots which unambiguously portray several recent events which have hit the headlines.

The author possesses a lucid and close-knit narrative style. The plots are connected well, without any lag. The book is equally informative and entertaining. The idiosyncrasies of the characters are depicted in an interesting fashion. The crafting of characters is also splendid for a debut author. Throughout the book, a comparison of scenarios between India and USA could be seen. The climax didn’t offer much in terms of novelty, yet the story ended on a decent note.

Once we get involved in “The Orphan”, the over-the-top stretching of the subplots becomes lacklustre. Another major drawback I felt was the typesetting and font style. The way the book was typeset and the font used seems amateurish. Same goes for the cover image. Nevertheless, the fact that the book is self-published should not be overlooked. The story of the man who was orphaned twice definitely attracts my interest but it is unduly lengthy. Hence I give it 3.5 out of 5 stars.

This review was done by our guest reviewer Rakhi Jayashankar.