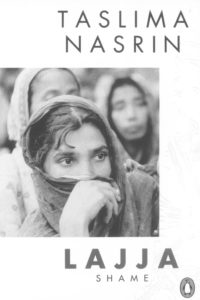 History teaches us that religion has been one of the most compelling reasons behind many of the great wars, and a consequence of most religious wars is an exodus of natives who have been conquered.

The exodus of Israelis from Egypt as mentioned in the bible, the ‘Trail of Tears’ of Native Americans in the late 1830s, the exodus of Hindus and Muslims across the border during the partition of India in 1947, the 1967 Palestinian exodus aftermath of the Six-Day War, the mass exodus of Hindus into India from Bangladesh in 1971, the exodus of Kashmiri Pundits from Kashmir in the 1990s, are all examples of this.

Driven away from their motherlands, and living as refugees in another country which they cannot call their own, the immigrants are probably the most affected people in any war.

“Starting from 1947 and stretching up to 1971, the Bengalis witnessed wave upon wave of bloodshed and trouble, all of which culminated in the Freedom Movement of 1971. An independence that was earned at the cost of three million Bengali lives, proved that religion could not be the basis of a national identity. Language, culture, and history, on the other hand, were able to create the foundation on which to build a sense of nationality.”

Taslima Nasrin’s Lajja is the history, cleverly mixed with fiction, of the Hindu exodus from Bangladesh into India.

The sensitivity of the facts and figures provided in the book led to its being banned in Bangladesh; a fatwa was issued against Taslima and a reward was offered for her death. She was forced to leave Bangladesh in 1994 and seek refuge in India.

Lajja is the story of the Dutta family. Suranjan Dutta, a Bengali Hindu, lives in Dhaka with his father Sudhamoy, mother Kironmoyee, and sister Nilanjana.

To Suranjan, Bangladesh is his motherland. He was born here, got educated here, and made friends here.

In spite of millions of Hindus from Bangladesh going away to India in search of peace and safety, the Duttas are unwavering in their decision to stay back regardless of all the odds.

They stayed here through the partition in 1947, through the Independence struggle in 1971, and even when Bangladesh became an Islamic state in 1978.

When the Babri Masjid is demolished in Ayodhya, India on 6th December, 1992, the ripples are felt in Bangladesh too.

This incident takes a communal turn due to the vested interests of the communalists and religious extremists, and leads to mass genocide and religious persecution of the Hindus, and in turn, causing a mass exodus of Hindus into India.

But again, the men of the Dutta household decide to stay back despite the persistent requests of the women.

Will they stay safe this time? Or will they become prey to the communal elements? Will their motherland treat them as her children? Or will she drink their blood?

Though ‘Lajja’ is the story of the Duttas, they are reverted to the background, and the newspaper reports and eye-witness accounts, with facts and figures about the number of people killed, temples destroyed, properties looted and women raped, becomes the theme of the book.

This inter-mingling of numerous statistical data with a fictional plot is done with such subtleness and so seamlessly that it becomes a part of the story.

The data is not just parroted in the book; it comes as a dialogue from anxious Bengalis living in fear of their lives, and this is what adds life to these numbers; it makes you realise the enormity and graveness of the situation, and sympathise with the victims.

Everybody who believes in humanity and is against religious extremism and fanaticism should definitely read Lajja.

What are your thoughts about the book/review? Let us know in the comments below.