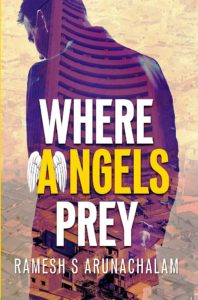 “The financial sector is similar to a three-legged stool, where, if the law is the seat, regulations are the legs. One leg is safety and soundness, another is profitability and innovation, and the third is consumer protection.”

The major focus should be on the consumer protection here, but as we all know post 2008 Financial Meltdown it’s more inclined towards who gets the fattest cheque at the end of the month. Be it at the cost of poor man’s dream.Micro-Finance being one such field, where the lender can turn from a savior to a devil. It is a sector which is highly un-regulated and thrives mostly on the credit taking capability of the poor.

The only possible case of positive response being with “Grameen Bank”, a bank which under the leadership of Mr Muhammad Yunus aimed and achieved its target of helping out the people of one of the poorest county of the world. One might wonder why the reference of the bank, because to depict what difference a noble idea and power in the wrong hands can make to a whole sector. I am sure the author with his title Where Angels Prey had the same in mind.

The book where angles prey talks about one of the most untouched topics of our financial systems, where the poor farmers/women in India are harassed and exploited beyond measures so that a few powerful can enjoy their own luxurious. The book is a work of semi-fiction with some really powerful insight on how micro-financing works, what are their offering and at what “Cost”.

The book plunges the reader into the perspective, unsentimental and exquisitely rendered account of a tragic reality that we all claim to know but we rarely see with fresh eyes. A Reality of farmers/poor women committing suicide over a petty loan, a reality too horrific to believe, a reality of taking away a poor person’s life just so one can retain his own wealth.

I am sure calling it just a work of fiction would be to demean the subject that it deals with at its crux. At times the book seems like a work of active journalism, more like a Joe Sacco’s piece with a touch of fiction to it. It reminded me of “Khushinagar” which deals with a similar issue, but in a different scheme of things.

The books tells the story of Bob who is a reporter with an International Daily and how he unravels the level of deceit, corruption, manipulative strategies, fraud in which Wall Street Firms and Financial Organisations involve themselves under the pretext of “Making The World A Better Place”. A classic case of taking up a moral cause of helping the poor, just to churn them for their pennies. It’s VERY well written, and easy to relate to, easy to gobble even for people who find their Grisham slow and uninteresting.

Final Word : Where Angels Prey is a highly Recommended Light read for all kind of fiction lovers.