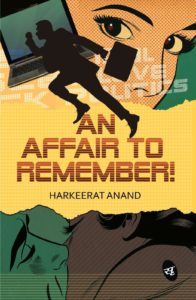 Unfortunately, Harkeerat failed to do so, rather than trying to write something on the terms of a classic (Taking the risk), she tried to follow the age-old logic of picking up a working story and giving it that Indian tadka (Stuck to the lines to attract common readers).

Only in India is it possible that you pick up a classic book with a cult following, a movie(based on the book) which by all means have been one of the biggest hit(not financially, fan following wise) of our decade, and turn it into a heap of bullshit.

Twist the story around(“Fight Club” written by “Chuck Palahniuk”)  add the IT culture into it, the problems and dilemmas of Engineer graduates, the continuous drinking, the slow-dragging life, all the sudden problems. Oh! wait, a love story too.

And what you get is an IT giant(ABCDEF Corp.) being brought down to ashes by a single primal male aggressor, who builds himself an army of fellow colleagues who obeys his every command like he’s the Queen bee.

The basic summary of An Affair to Remember being that even though it’s India but still the society governs our move. We, mortals, are bound by those simple rules which tell us when to get a job, wife, house, kids, car and other such worldly things.

We are not governed by the will of us as individuals but rather the society as a whole.

And the sad part is even though the author doesn’t directly acknowledge the fact that the idea is a copy (she goes on to compare a character to “Palahniuk’s book”.

Not only that, but she is also persistently bent upon assuming that the reader is dumb. Which she tries to convey on a number of occasions, by giving vile explanations to some scientific jibber-jabber and mocks the reader.

I meant to figure out a piece of originality in the book was like trying to look for a yeti or a loch ness monster or maybe hitch a ride on a unicorn. I personally was disappointed to see minimum originality as far as the content went.

The writing style, on the other hand, is seriously appreciable; some of the parts of the book really got me hooked. The best part for me as far as the writing went was when Ryan is in touch with his alter personality about the meaning of life and why are we trapped into this reality.

“Now that I see it all clearly, I realise it started with that dream. That dream stuck to my head as musical as the pipes pan, as delicious as ambrosia, as invigorating as the fragrance of the garden of thousand roses, transcending my senses. I had her vision several times over.. each version of the dream same, the power and intensity of feeling getting exponentially stronger every time. Where had I seen this woman? Why was I so irresistibly drawn to her? And thus I began to compare everything around me to that dream, to that feeling, the reality was so much drabber in comparison, so much staider…it was as if she meant something to me”

I’m really looking forward to the next book by Harkeerat.  In spite of all the criticism above I finished An Affair to Remember in one read. Take it as an easy and light if you are into those sorts of things.