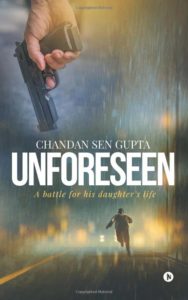 Every year, hundreds of patients suffering from life-threatening health conditions visit India as it is a growing medical hub with many prominent medical Experts as well as specialized technologies and also, the providence of other allied facilities.

Yousuf and his wife Mariam, a young Pakistani couple, set for India with the same purpose: to avail medical services so as to save the life of their daughter, Ayesha, who was born with a congenital liver disease and required Liver Transplant which is the only remedy for her condition.

Unbeknownst to the family, two Pakistani militants had also boarded the train Samjhauta Express to cross into India. Yousuf unwittingly witnesses their getaway and, thus, one of the infiltrators, Fang, warns him that he will come after Yousuf if he blurts out this secret.

The young teacher remains silent as he wants his journey to be uneventful; the sole aim of the successful surgery of his daughter in his mind.

However, Fang returns to silent the family forever as he cannot jeopardise his mission by keeping the witness alive. This pursuit deprives the family of their belongings and robs their personal peace as they are accused of murder, visa rule violation and more importantly, of causing havoc in India.

Yousuf tries to go back to Pakistan as the tension rises but due to Fangs’ persistent chase, ends up as a fugitive holed in a stranger’s home in a foreign country. The teacher realises that the only way to clean the accusations off him is to follow the leads to Jammu and expose the dangerous infiltrators who are actually responsible for the damage caused so far.

With sheer luck and his own ingenuity, he is able to track one of the conspirators only to be caught by the gang. He is drugged and thrown into the river Chenab to drown to death. On the other hand, a woman tries to stab his wife Mariam to death with her knitting needle.

The question remains whether the family survives the tenacious attacks on them? Whether the little girl gets a chance to undergo surgery and live a healthy life?

Yousuf is a modest man who treats everyone as equal and believes that if the two countries, India and Pakistan, can co-exist in peace, it can be so helpful for the common man who travels across the border for various reasons. His wife, Mariam is also Yousuf’s confidante, who fights bravely to protect her family.

Unforeseen is the story of a simple family who has hardly ever moved out of their native village in Rasoolpur, Pakistan who is bound to flee around India to avoid the law force as well as the crooks who are trying to detain them.

Rather than the imprinted idea of Pakistan being a hub of terrorism, Chandan Sen Gupta reflects that it is just another country with people that love and hate, smile and cry, struggle and survive. Through this story, the author aims to end hatred wherever it exists and bring the two neighbouring countries together through a friendly relationship.

He gives a picture of the varied culture and lifestyle of people in different regions of India through the eyes of Yousuf as he escapes from one place to another. The author acts as a mouthpiece of the common man whose words often get lost in a political war. While narrating the story, his aim is to bring peace in the valley of Kashmir.

Overall, its race against time narration keeps you hooked to Unforeseen and is a definite page-turner. The climax of the book is dramatic and very exciting. Readers of suspense thriller should give it a read.

Can’t wait to read it? Buy your copy of Unforeseen using the link below.