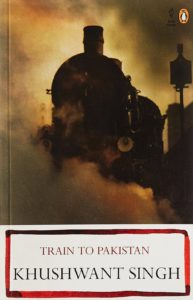 The book Train to Pakistan is the highly acclaimed novel written by Khushwant Singh. It is a novel set in AD 1947 when the partition of India was taking place and swarms of people – both Hindus and Muslims were migrating in large numbers. The time was a tumultuous one where, as an outcome of communal riots, many people were killed, their properties looted, women raped and children tortured.

It is in this backdrop that the story of a small village, on the border of India and Pakistan, unfolds along with the story of its inhabitants. Mano Majra, as previously suggested, is a small village on the Indo-Pak border graced by a few inhabitants – both Sikhs and Muslims, in equal majority, along with a few important places like a railway station, an officer’s bungalow, a mosque and a temple. The village is very remote and hence ignorant of the happenings in the country.

Jugga is a thug, infamous for his bad character. He is in love with a Muslim weaver’s daughter with whom he often rendezvouses in the dark of the night. On one such night, when he is out of the village and the local money lender gets killed by some dacoits, he is blamed for the murder and arrested. The next morning, a “Mona Sardar” and social worker, Iqbal, arrives in the village to prevent any riots in the area. But as soon as he finds rest, he is arrested for the murder of the moneylender too. On the other hand, the police officers and government officials are tensed when a train arrives at the small station of Mano Majra – it is a ghost train full of dead corpse of Hindus from Pakistan.

What will happen to Mano Majra now?

Will communal riots take over the once peaceful village?

Will the Mano Majra Muslims get the same fate as the Hindus of Pakistan got?

The story of Train to Pakistan is slow in the beginning but picks on gradually as the events unfold. The end is the best part of the book because, when I finished reading, I was in tears. I am not sure whether other readers will get the same feelings or not, but I am sure it will leave them unsettled and melancholy. The simplicity of the plot and the characters is the book’s another positive in addition to the heart-rending end. I liked the way the book was able to take me back in time and help me visualize Mano Majra and its people.

The beautiful description of life in a village is also worth a mention.  I would liken the book to Anne Frank’s “The Diary of a Young Girl” because, even though being a fiction, it narrates a similar tale of courage and nerve in times of great human suffering. However, there is just one thing which I think was lacking and that is the depth in the characters of Jugga and Iqbal. I felt that they were not given as much importance as the character of Hukum Chand and thus lacked a little depth.

But that being said, there is nothing in the book Train to Pakistan which should be missed and thus I recommend it to every Indian who is interested in reading. Read it in English or read it in Hindi, for that that matter read it in any language you like but do read this heart-rending story of a forgotten time.