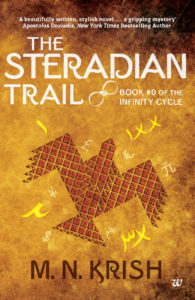 “If P = NP, then the world would be a profoundly different place than we usually assume it to be… Everyone who could appreciate a symphony would be Mozart; everyone who could follow a step-by-step argument would be Gauss…” – Scott Aaronson, MIT

There are many mathematical problems which are still unsolved. The Clay Mathematics Institute has listed out seven “Millennium Prize Problems” of which, six are yet to be solved – Riemann Hypothesis, Hodge Conjecture, P versus NP, Yang-Mills Existence, etc. Many attempts have been made over the centuries to find a solution to these problems but to no end. Mathematics is a vast subject; a nightmare to many. But to a few, it’s an obsession, their life. One such individual was Srinivasa Ramanujan, one of the most famous mathematicians India has produced. With no formal training, he made extraordinary contributions to mathematical analysis, number theory, infinite series, etc.

Imagine if Ramanujan were to tackle one of the seven “Millennium Prize Problems”. It would be an event of a lifetime; greatest mathematician meeting the greatest problem. M.N. Krish, in his book “The Steradian Trail”, has delivered this spectacle. A long lost solution by Ramanujan to one of the “Millennium Prize Problems” is discovered recently, and will give the possessor of this knowledge immense wealth, but will also put his life in danger because many are willing to kill for it.

Joshua Ezekiel, an MIT professor, is on a sabbatical in India. The day he is supposed to depart, a former student of his, Jeffrey, is killed in the USA, and the authorities forced him to stay back, fearing danger to his life. When he discovers that Jeffrey had visited India recently, he decides to dig in and takes the help of his friend Lakshman and Divya, an IITian. His search takes him through the by-lanes of Chennai, to the historical town of Kanchipuram, and to Kumbakonam, Ramanujan’s birthplace. What Joshua discovers during his search will change the world forever, but will also put his life at risk because someone does not want him to discover these long forgotten secrets.

What does Joshua discover? How will it change the world? How is Ramanujan linked to Jeffrey’s murder? Read “The Steradian Trail” to find out.

The idea behind the plot is brilliant and probably a first in Indian fiction writing. The amalgamation of mathematics, religion, history, mythology and technology is sure to throw up many interesting twists. There was a lack of flow in some parts of the book and the narration seemed stuck – Divya’s family drama, Lakshman’s travails with his wife – but Krish gripped the reader with well-portrayed characters and minor suspense in the chapter endings.

“The Steradian Trail” is one of its kind, and should definitely be read by all.