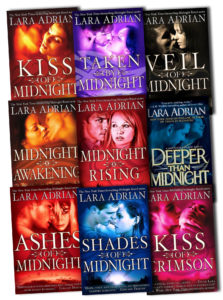 In Fiction that deals with paranormal, protagonists and antagonists seem to be a popular trend in the present times. Like a domino effect, but without an exact known causation, the genre has brought forth various authors trying their hand at it and succeeding too, immensely.

Incidentally, despite the fact that many authors have been successful; the aspect of repetition in the theme of such paranormal characterisations has also emerged in their literary work. As, in a bid to elaborate and evolve the plotline, many authors invariably succumb to the lure of creating and incorporating newer characters – placed opposite to the existing protagonists, often as the proverbial anti-heroes – those, that invariably following well-worn clichés.

But where there might emerge character combinations like witches against war-locks, or witches and warlocks against vampires; the most cliqued character combination remains that of vampires and werewolves. Rather like two sides to the same coin, seldom does one get to find a paranormal account where an independent narration is given about either of these two factions.

And though storylines of Midnight Breed Series involving these two mythical sects are not in any way devoid of imagination or without any convincing premise, it indeed does get predictable after a certain time-span. And with such a predictability comes boredom; the sheer feeling of ennui that leaves one bereft of satisfaction that only a good read can bring. This is where Lara Adrian’s Midnight Breed series packs a different yet a most impactful punch.

After 10 books and numerous twists and turns along the way, the author has managed to hold on to the attention of her readers – in fact, even managed to keep them on their toes thinking about what’s to come next – without introducing any lycanthropes to vie for attention with the vampires. So much so, that the readers of the novels get such an authentic picture of these fictional images that they can actually imagine the parallel course of paranormal affairs being conducted along with the mundane flow of life.

The plotline of Midnight Breed Series is systematic, clean and focuses on one simple object – the conflict between a paramilitary-like vampire organisation known as ‘The Order’ and an almost unknown enemy within the vampirical bureaucratic ranks that the Order seeks to unravel in the course of each of the book. Each story is thus complete and stand-alone, but yet incomplete as the author connects the previously disjointed dots and leaves them to be connected further along in the series, as each of the ‘Order’ warrior tries to untangle them.

Of course, unravelling details about the enemy also includes the warriors getting involved with women along the way, closely followed by seductive moves – seductive, but not corny – with each book thus having its version of a happily-ever-after.

But it isn’t the plotline alone that makes the novels unique. It’s the way each characterisation is fleshed out, both of the vampires – good as well as evil – and of the females, known as breedmates, that nails the romanticised bit to perfection. Unlike the norm where vampires are traced back to a certain Count, are dead and are anti-God in nature, Lara Adrian’s creations, referred to as Breed, depict an uncommon blend of fact and fantasy that makes these characters more relatable and convincing to a reader.

Transcendental in nature, Adrian’s vampires have non-earthly origins which accounts for their blood-craving nature and their natural aversion towards sunlight. Just as it’s these non-earthly origins that provide them with their extreme agility and speed and the tattoo-like patterns adorning the entirety of their body – from neck downwards, throughout the torso extending to their hands and feet. Their quality of humaneness, on the other hand, is lent thanks to the said quality provided by their human mothers and later on through their mates, to their progeny.

Deviating from the expected trajectory yet again, Adrian presents specially endowed women to suit her male characters. Women, who are not only blessed with inherent qualities that make them exceptional but who, also, contribute substantially to the aura of mystique and intrigue that the plotline has otherwise essentially invoked.

While it’s not easy for literary creationists to create fictional tales, coming with a convincing plot with equally engaging characters; to come up with a series of novels, that constantly challenge the readers and keep them on their toes cannot be merely qualified as difficult. And more than the vested time and effort on the part of the creationist, it’s the shroud of doubt about the book not being accepted by the audiences – and thus not living up to the standards set by its series’ predecessor – that takes a toll on the author.

In case of Lara Adrian though, there’s not a single Midnight Breed series novel that has disappointed or let her readers down. A fact that cannot be taken lightly when considered the soaring expectations and anticipations of her readers awaiting the arrival of each new release in the series’ continuity.