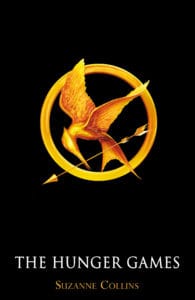 It was the year 2012 and I was cooling my heels off at my family home in Agra. With little to work my hands on, I was desperately relying on Facebook and the ‘Game of Thrones’ series to spend my time. Just then, it happened that my otherwise useless brother gave me something which kept me going for few more days. That something was the Hunger Games Trilogy. I still remember how insatiably I had consumed the books back to back. The mother became angry and the brother became grumpy, but I became indifferent and kept going on until I had nothing but Facebook left to my rescue.

Well, it was a while back and thus when I was asked to review the Trilogy, I decided to go through the series all over again. Since this is my second reading of the book, I was really bemused with respect to two main parameters of my review – the climax and the entertainment quotient. No matter how hard I try, I am not able to recall my first opinion of the two. So, while going through this review, please be conscious of the fact that this is not my first read.

The Hunger Games talks about a fictional land Panem, which comprises of 12 districts and a Capitol to rule over them. The Capitol is run by a military like set-up that makes the other districts toil hard for their pleasure. 74 years ago, it was against this injustice, that the districts had rebelled and subsequently lost. To mark the defeat of the rebels and to remind the districts of the supremacy of the Capitol, a brutal and savage tournament called ‘The Hunger Games’ is organized every year. From each district, a girl and a boy are chosen by drawing names at random, and together, the 24 randomly chosen tributes, are thrown into a specially designed arena to fight it out till death. The last one standing is the winner.

The Hunger Games are the most exciting event of the year for the people at the Capitol but the most dreadful for the people of the districts. The story is of a girl Katniss Everdeen, the district 12 girl tribute for the 74th Annual Hunger Games, who volunteers to participate in the games in place of her 12 year old sister Primrose Everdeen whose name is drawn from the list at first. Read the book to know what happens to Katniss? Does she survive the savage games? Will she ever return to her home? What about the tribute who is in love with her? Is it the truth or is he playing games with her?

The outline, with its never-before-heard-of concept, is simply exceptional. The main characters – Katniss, Peeta, Haymitch, Rue and Gale are all amazing. Barring the eccentricities of the Capitol, and its people with their bizarre fashion sense, I found nothing dislikeable in the book. The suspense, the action, the drama keeps one hooked till the end. The character of Katniss is deep, thoughtful, and with qualities like strength, determination, smartness, kindness and beauty, she is highly inspiring. Together with Peeta, Gale and Rue on her side, she surely makes heads turn.

The beauty of raw emotions, even at a time when humanity is at its savage best, is skillfully depicted in the bonding of Rue and Katniss. Of all genres, writing fantasy is the most difficult as you have to make the reader believe in things which they have never seen or heard of before. You have to sell your idea, your world and your characters in a way that the readers can feel a part of, want to be in it and experience it for themselves. Suzanne Collins has done exactly that and I can firmly say that this is indeed one of the best fantasy books I have ever read. Recommended by none other than Stephenie Meyer herself, it is a must read for all fantasy lovers out there. Final word – Go experience the Hunger Games for yourself.