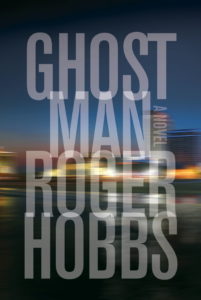 I love thrillers and can never have enough of them.

Unfortunately, most of the books that I receive for review are either non-fiction or general fiction. I do not leave any chance of reading a thriller book when I am faced with one.

When I saw “Ghostman” in Random House’s reading list, I was delighted. Even though it is written by a debut author – Roger Hobbs, I made up my mind to read and review it.

To top it all, this book has been recommended by Lee Child, who is on the top of the list of my favourite authors.

The plot of this book is like a typical Jason Statham movie. It begins with the robbery of an armoured van containing casino money.

The plot of this book is like a typical Jason Statham movie.

It begins with the robbery of an armoured van containing casino money.

When the heist goes wrong and one of the robbers disappears with the money, the kingpin, Marcus Hayes, calls in the Ghostman to discover and restore the loot and tie up the loose ends.

A Ghostman is a chameleon, a master of deceit and disguises, who can become whatever he wants to become – a congressman, an FBI agent, and a homeless guy – anything.

He has no name, no identity, no belongings and no relations. He is just like his name – a ghost – who can appear and disappear at will.

When the Ghostman reaches the site of the robbery, he discovers that the loot is a Federal Payload – money booby-trapped with explosives and GPS systems which will go off after 48 hours.

The way the book begins is just 100% gripping.

I do not have enough superlatives to describe the narration style of Roger Hobbs.

Each and every event is narrated in a crystal clear fashion; he describes what the Ghostman is doing, why he is doing it, then he writes about the alternatives which could have been done and also why the Ghostman isn’t doing those.

Hobbs has extravagantly used many mob-terms like jugmarker, wheelman, boxman, grifter, buttonman etc. and these have been well explained.

The author has a keen eye for details and during each event, he writes about the make and advantages of the cars and guns used. These make the reading more fun and the content easily understandable.

Hobbs has done magic with Ghostman’s character and I am very sure that this is character will evolve into a series like that of Jack Reacher or Jonathan Payne or Alex Cross or Isaac Bell.

There are many other important characters in the book but the Ghostman just steals the show.

The suspense in the book is good and well maintained until the end.

The location of the loot, the Ghostman’s next moves, the ticking time will all keep you at the edge.

The only negative that I could find was that the robberies were too straight-forward and not “unheard-of-before”. A little imagination in the way the heists happen would have made the book spotless.

In conclusion, I wouldn’t just recommend this book; I demand you to own it, read it and re-read it.