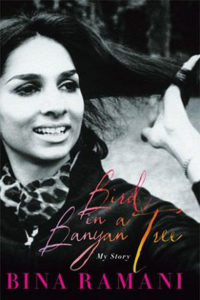 Initially, I had reservations about this book, and most of them were about the author’s close connection in the Jessica Lal case. Based on all the media attention the book has so far generated, it should have been filled with pages and pages of the “Jessica Lal” episode. The fact that it is actually not, is a relief as well as a pain. Relief, as the reader is allowed to establish her connection with the person that Bina Ramani actually is, and in the process get to know the intricacies of her personality and mind. Pain, because after much hue and cry, the reader gets to read about the much-hyped case only in the last few chapters.

These chapters, disappointedly, appear to be very defensive. To an ignorant reader like me, who had never heard Bina’s name before this book, and who sat down reading without the slightest hint of a preconceived notion or a bias, the last few chapters did nothing but appear like a defending statement or perhaps even a redemptive one. I sincerely wished for some candidness, but alas, it was nowhere to be found. All it appeared to me was an essay proclaiming the unfairness and injustice meted out to the Ramanis.

Except for the point stated above, or so to say, the rest of the book was quite interesting and frank. I liked the beautiful descriptions of the author’s adventures as a child; the fantasy like the connection with the Arabian Sea, the notorious escapades to the fairs and the one big-family-life the author led. I also liked her free-spiritedness which she so naturally brings out in many incidents and narrations throughout the course of the book.

The affair with the then famous Bollywood star Shammi Kapoor, and the just about to happen marriage was also one interesting scoop to read about. The late night sneak outs on the terrace and the decisive lunch with Raj Kapoor were all very attention grabbing. The time after her marriage, especially the one spent in San Francisco, is very vivid and descriptive. Just reading those words, made me transcend time and I could easily visualise how she must have looked back then; a lone ranger, sari-clad among the hippies of that bygone era, living a lonesome but intriguing life.

What I also liked was, the author’s sheer will-power and the attitude of never buckling down to the challenges which life presented to her every now and then. Her heart-wrenching separation from Shammi, the tumultuous marriage to Andy, the episode with the then popular Adil, the breaking up of her marriage, the kidnapping of her young girls, the painful and costly fight for children’s custody, never seemed to take a toll on her future life. She overcame each struggle and re-emerged as a better and stronger Bina each time she came out of one. This to say is very inspiring and gives a woman of today’s frenzied world, exactly what she needs; hope and courage. All in all, I liked the book for all the above-mentioned reasons and would give it a three out of five stars.