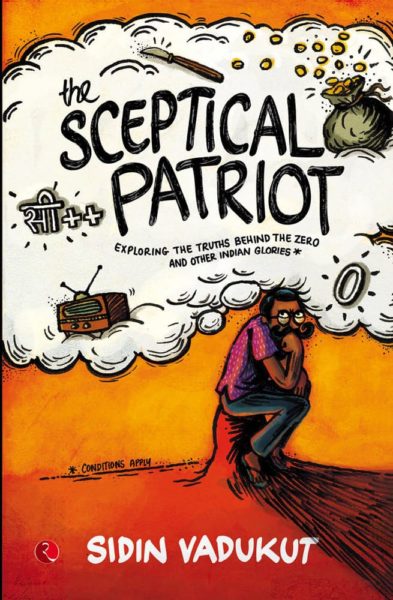 The Sceptical Patriot gives an exquisite disclaimer about not being biased and writing about something which majority of Indians believe to be 100% true; I believe I also should add some part to it – I am an Indian at my core, and believe we have the potential of being a great nation. I’m not a cynic but rather believe that when it comes to the nation, all Indians seems to be motivated by one very simple fact of belonging to a great nation, but I also strictly believe that we need to sort out the truth before propagating facts (forwarded emails praising India’s past achievements to unknown heights) which we believe to be entirely true but in reality they are just mere rumors or myths being spread down the ages. Or are they really true???

“Why are we so easily swayed by facts forwarded by emails? Why do so many Indians believe that the Taj Mahal was originally a temple called Tejo Mahalaya? Why do so many of us instantly believe and immediately proselytise that ‘India has never invaded any country in her last 1,000 years of history’ or that ‘The word “navigation” is derived from the Sanskrit word “navgath” without even pausing to ask: ‘Is any of this actually true?”

At the start of the book, Vadukut points out some figures and questions to the reader.

It seems like it because these were the figures which were presented in our parliament to depict the growth or in other words, the effectiveness of our teaching system which manages to produce the masterminds of the world. Here, I must add that all the above data is just a hoax which has been circulating around on the internet for quite some time now and is no doubt, without any proper backing by any government or non-govt organisation.

In The Sceptical Patriot, Vadukut explains how much truth actually exists in these myths. He uses various other examples and tries to give that feeling of personal touch by attaching his life experiences in some way or the other to his researched stories, which I must add is a nice attempt to interact with the reader. Few writers have that ability to speak out about a very serious topic in a jovial and interactive way. Though at certain times that urge to get a peek of the mentioned documents forced me to do numerous Google searches, I seriously believe, the help of a few pictures could have been taken. Also, a few mundane jokes could have been avoided, if not for these the book is a light read and easy to comprehend.

The author is very clear in his approach and tries to sum up all his findings at the end of each myth and let the reader decide. He explains his approach in this truth-seeking quest and the limitations of his research while exhorting the reader to keep an open mind and even question his approach if vital, to seek the truth. The best part of The Sceptical Patriot was the way it felt to “me” as a reader, one can almost sense a story building up in each chapter, a protagonist being built up somewhere. Few stories even traverse continents, which shows the elaborate planning and hard work that has been put into the book. There is a minimal deviation from the primary theme, which is nothing but “how well the myth pertains when put through a reality check. Vadukut tries to be as neutral as he can be, but to do an in-depth analysis of such extent and remain exclusively neutral is just not possible and this is something which is evident at certain points in the book.

“Some of India’s most stellar appointments include H.D. Deve Gowda as prime minister, A.K. Antony as defence minister and Sharad Pawar as anything at all.”

The Sceptical Patriot is a real delight to read because you will be hooked on it till the time you finish it. Though it can prove to be a bit slow for people who are much used to fiction or fast-paced action, the author has made a lot of attempts to avoid such situations.

Must read for all those who are looking to find out the answers to our past glories or myths.